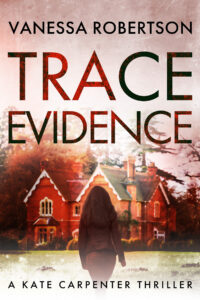 Art crime investigator Kate Carpenter is back in this fast-paced and twisty follow-up to Don’t Blink. This time it’s not a priceless painting that’s disappeared but her childhood best friend.

Beatrice Copley and Kate were best friends all through school and but recently they’ve drifted apart. When Beatrice disappears without trace, her mother hopes Kate might know something.

Kate hasn’t heard from Beatrice for months, but she can’t shrug off the pull of that old friendship and returns to her home town to track her old friend down.

Where is Beatrice and what has she done? What secrets was she so desperate to keep? And will Kate find her in time? 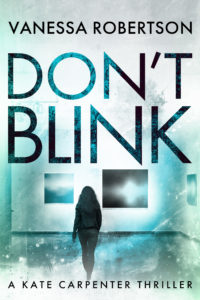 Don’t Blink: A stolen painting. A gangster intent on revenge. And nothing is what it seems.

Art consultant Kate Carpenter has an off-the-books sideline in art recovery, dealing with thieves, gangsters and the occasional war criminal to trace priceless stolen artworks. But when she refuses a request from the owner of one missing painting, Yuri Sokolov isn’t prepared to take no for an answer.

Her knowledge has cost him millions, he wants revenge, and he isn’t planning to show any mercy. The only way that Kate can get Sokolov to keep his distance is to find out exactly what happened to his painting, but when she starts scraping away at the surface, she finds that nothing is exactly as it first appears.

Don’t Blink is the first full-length Kate Carpenter novel set in the art world where crime is often just around the corner from the smart galleries and glitzy auctions and its on sale now in both digital and paperback formats.

I hope you like it and don’t forget, if you want to know how Kate got involved in this kind of work, you can download the novella, Vanishing Point, as a gift from me. 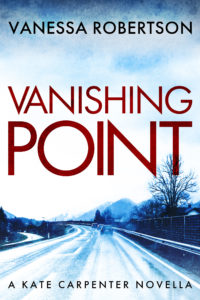 A stolen painting, a high stakes recovery operation, a game of nerve…

Free novella! Vanishing Point is a story I’ve written to introduce the character of Kate Carpenter, heroine of Don’t Blink, a contemporary thriller due out soon. Follow the link below to receive your free copy.

Art advisor Kate has a discreet sideline in art recovery, dealing with thieves and gangsters to reunite valuable artworks with their owners. But this time she’s taking it up a notch. Despite the danger, she’s off to Belarus on the trail of a priceless van Gogh with a posse of ex-soldiers riding shotgun, chasing both the painting and the buzz of securing its return. 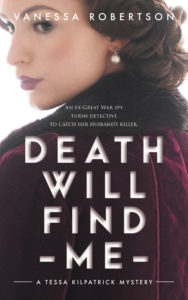 Scotland, 1920. Meet Tessa Kilpatrick: heiress and World War One covert operations agent. Finding her husband – the feckless James – with another woman at a country house party, Tessa demands a divorce. But when his body is discovered in a lonely stone bothy the next morning, Inspector Hamish Rasmussen sees her as his only suspect.

Back in Edinburgh, links to another murder convince Rasmussen of her innocence. He enlists her help and together they set off on a pursuit that will bring Tessa once again face to face with the brutality of war as well as revealing to her the lengths that desperate people will go to in order to protect those they love.

Will Tessa be able to prevent a final murder or will she become the killer’s latest victim?