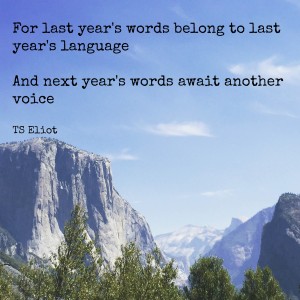 At the turn of each year, I like to look at the previous year and think about what I want to achieve in the coming one. Well, you know what they say about the best laid plans of mice and men… Last January, I had a verbal offer for the book, I’d done the requested edits (heaven forbid that there be a hint of romance between my protagonist and the man she’ll be marrying in a later instalment – don’t worry, I’ve put that back!) and my then-agent was very positive. My goals for 2018 looked very different to how the year actually panned out…

By July, my agent had been unable to convert that verbal offer into an actual contract and he hated the new, contemporary, crime novel so much that after ghosting me for a while, he suggested we part company. It was a shock, but as a friend pointed out, I hadn’t been happy with him for a while and already had an exit strategy…

But after a summer of licking my wounds, I made a plan and now, as I work towards becoming an independent author, I’m feeling pretty positive. I’m in control rather than being at the mercy of fickle publishers and I’m not having to share an agent’s time with a couple of dozen other – possibly more profitable – clients.

And it means that I feel able to make actual plans this year that are dependent on me, not other people who have other agendas. 2019 is full of possibilities!

What matters is whether readers enjoy my books and so far the early feedback has been really positive. But I want to be able to justify spending my time telling stories and therefore I need to build a big enough audience of people who like those novels. So, on the writing front, my goals for 2019 are:

1. To publish Death Will Find Me in February and the second book in the series in the autumn. There’s a sales figure I’m aiming for but I feel hesitant about sharing that publicly right now.

3. To write the next draft of Don’t Blink (the contemporary art-world thriller) and then get some professional editorial feedback so that I can decide whether it has potential. If I want to bash on with it, then I’ll do that once the second Tessa Kilpatrick book is published.

4. To blog regularly. I’ve been blogging for well over a decade, but posting has become very intermittent of late, not least because I was waiting for publication news that didn’t materialise. But I enjoy blogging and talking to readers and it’s a good way to talk about some of the background to the books and the way that I write. Hopefully Tessa Kilpatrick’s readers will be interested in that.

Other than that, my goals centre on sorting out our garden so that it’s both beautiful and productive; take a couple of foreign trips (I’m off to Minsk in later this month); to finally get on top of our admin with everything neatly filed away and our tax returns completed well before the deadline rather than just making it under the wire, and the usual getting fitter and eating better that we all promise outselves we’ll do.

I hope that you have a brilliant 2019 and that it’s as exciting and challenging (in a good way) as I think mine might be.

This entry was posted in Life, My Writing, Writing and tagged Death Will Find Me, planning, publishing, Tessa Kilpatrick novels. Bookmark the permalink.