After the referendum – the view from here 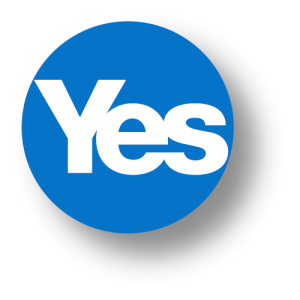 Last Friday morning, like many Yes voters, I wept as I watched the results come in from all over Scotland and realised that despite the positive feeling that change was coming, despite the smiles at the polling stations, despite the almost tangible air of positivity, the Yes campaign had only mustered 45% of the vote.  I say ‘only’ – that’s an amazing achievement and far more than was expected even two months earlier when polls showed support for a Yes vote on barely 30%.  By the 18th September, the polls were close, showing a tiny percentage lead for No but the polling companies themselves said that given normal margins for error it was too close to call.

Only one opinion poll had ever shown the Yes campaign in the lead and that, although encouraging in some respects, was A Very Bad Thing because it meant that Cameron, Clegg and Milliband, the leaders of the Westminster parliament who had been convinced that a win for No was a sure thing, dashed north to make all kinds of promises of extra powers for Scotland if we’d only give them one more chance. Whereas previously it had been thought that threats about armed border guards, the loss of our pensions and refusing to let us continue using the pound would be sufficient, the realisation that people were refusing to be cowed made them change their tack. Instead, if we would only vote No, we would have increased tax raising powers, more control over spending and a pony on our birthdays.  Ok, not the last, but those of us of a cynical nature didn’t think any of their promises very convincing.

Undertakings were made about timescales and it became clear that there was no consensus within Westminster or even the individual parties about these promises that were being so fervently given. Since the result on Friday morning there has been much heard about the West Lothian question and ‘English votes on English laws’ and potential devolution for England, Wales and Northern Ireland. We’ve already discussed these things as part of the independence debate but we will no doubt have to wait while the rest of the UK catches up.

Gordon Brown was hauled out of his Kirkcaldy consituency and stuck in front of audiences so that he could bolster the support of Labour voters (because if Labour are ever to win power at Westminster again, they will need those Scottish MPs and they were desperate) and win over the people who would hopefully forget that it was his tenure at the Exchequer that practically bankrupted the country. Brown keeps telling Scots that he will hold the government to their promises and even that there would be a second reading of the proposed Scotland Bill before Easter. The fact is that as a backbench Opposition MP he doesn’t even have the authority to choose the biscuits. And given that his attendance at Westminster is so appalling (last year he took part in only 12.78% of votes and spoke in only 5 debates) it’s hard to see when he’ll be able to do this. Already, pledges made to Scotland are getting bogged down in discussion about English devolution. We’ve been talking widely about these issues for a couple of years, if not forty – it’s a mature discussion.  It’s new to England, so why not get the promised Scottish devolved powers through and then debate the issue elsewhere?

Whilst it’s easy to dismiss this as just another example of the duplicity of politicians who will go to any lengths to save their own skins, it’s more important than that.  A poll published in The Guardian looked at the demographic profile and motivations of those who voted Yes and No in the referendum and it makes interesting reading.  Among the nuggets is a statistics stating that 25% of No voters said that the most important reason for their decision was that a “No vote would still mean extra powers for the Scottish Parliament together with the security of remaining part of the UK’.  If that’s truly the case then that’s half a million people who believed the ‘parcel of rogues’ who headed north to bribe and cajole when threatening didn’t work.  Given that the Yes voted only needed another 200,000 or so votes to carry the day, if Westminster lets Scotland’s No voters down I wouldn’t rate Better Together’s chances of winning another referendum.

And I think there will be another referendum.  This time next year, there will have been another General Election. Labour and the Lib Dems will lose some seats and there will be gains for UKIP and the Conservatives. Scotland only has one lone Tory MP as it is and he could well go, meaning that if there is a Conservative government or a Conservative+UKIP coalition then Scottish people have no voice in Parliament.  Anything can and will be forced through and no attention will be paid to our voices clamouring for them to make good on their promises, such as they were.

The Conservatives have also promised a UK-wide referendum on continued EU membership.  Given the rise of far-right organisations such as the English Defence League and Britain First, not to mention the incomprehensible rise of the numpties that make up the UK Independence Party, I can see there being a win for the motion to leave in England, although I think Wales, Northern Ireland and certainly Scotland will want to stay. Should there be sufficient votes south of the border and they try to drag us out of the European Union then I think that even the most pro-Union voter would be hard-pressed to ignore calls for another referendum on Scottish independence.

The Yes campaign will also need to look at the reasons people shied away from independence – that they were were worried about currency, about membership of the EU, about their pensions and the cost of living and have answers.  Instead of letting one supermarket spread doom about rising prices, they will need to have an actual plan for what’s happening with our currency, assurances will have to be sought from European Union member states that they will support our claim to retain membership. We have to give people facts and as much certainty as possible and not just rely on their willingness to sign up for a vision. And it needs to be made clear that a vote for independence is not a vote for the SNP – the wide-ranging nature of the independence movement needs to be demonstrated.  This time I think the SNP dominated the discussion and people need to see that it isn’t just a party political issue.  Fewer politicians and more sensible, eloquent people such as Lesley Riddoch and Tom Devine.

But then, when we look at the political landscape of Westminster and how it doesn’t even begin to reflect the opinions and attitudes of Scotland and we look at the future we could have, we, the 45%, will grow to far greater numbers and we will finally be able to start making a Scotland that is independent and fit for the 21st century.  People won’t be swayed by empty threats of armed border guards, nor won’t be conned by shiny promises that evaporate like mist when they’ve served their purpose, and nor will they believe the conventional media whose pro-No bias during the referendum campaign was incredible. I see it as being about four or five years until we hold another referendum. Certainly not the generation that Alastair Darling claims. In the meantime we need to maintain this amazing level of political awareness.  Whether Yes or No voter, we need to let our MPs, councillors and MSPs know that we’re watching them and will be holding them to account.

As I said to a friend yesterday, we have to let Westminster mess it up before we go back to people to ask again. Alarmingly we might even have to watch a far-right party take seats in the mother of Parliaments before enough Scots say ‘not in my name’. We have to be willing to play a long game.

This entry was posted in Scotland and tagged 45%, independence referendum. Bookmark the permalink.