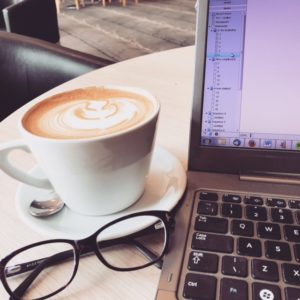 I seem to spend my life composing vague, holding posts that sit in my drafts folder, while I wait for concrete news of what’s going on with The Book. Things are happening. But slowly. I truly believe that there are tectonic plates with more of a sense of urgency than the publishing world.

This is another of those posts. There is interest in the book, there are discussions, there are enticing prospects, but nothing firm that I can talk about or that I want to jinx by even hinting at. My writing friends are sympathetic and knowing, and my family are soothing but also puzzled as to how any business can function at such a leisurely pace. All I can do is shrug and concentrate on my writing.

As I’ve said before, focussing is hard at the moment, especially on the second Tessa Kilpatrick book which is what I should be writing. I know the main plot, I know how my main characters’ story arcs develop through it, I know some of the little back-roads that I want to explore along the way but I simply can’t actually write the darn thing until I know that Book 1 is sold. From a practical point of view, that’s not a bad idea because tweaks will almost certainly have to be made to Book 1 during the editing process and they may have implications for Book 2, so I might as well wait.

So, I explained before I that I was writing something new – a crime novel set in the present day and that it was about art theft. It kind of still is about that but two-thirds of the way through that draft, I realised that it wasn’t a standalone as I thought, and that the book I was writing wasn’t the first book in that series, but probably the third.

My protagonist has a history that’s interesting but also important in terms of the person she is in Book 3.  So, I put that draft to one side and I’ve gone back to the beginning of the story. I’m enjoying writing that character – it’s first person which is new for me and I like Kate very much. She’s sharp and tough and flawed and even though she doesn’t suffer fools willingly, she and I seem to be getting on quite amicably despite me giving her a violent ex-boyfriend and dragging her away from her actual work back to her home town to look for an old schoolfriend who’s gone missing.

I’m currently about halfway through the first draft and it’s going pretty well. At the end of this draft I’ll put it away for a bit and let it rest. And maybe by then Death Will Find Me will have a contracted home and I’ll be able to settle down to writing the second of that series?

This entry was posted in Life, My Writing, Writing and tagged Death Will Find Me, Kate Carpenter, new book, publishing, update, writing. Bookmark the permalink.