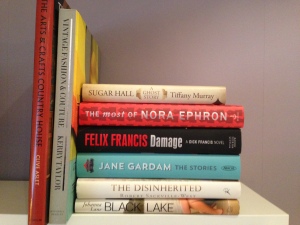 There are people who get excited about new shoes or handbags but I don’t.  Yarn, skincare products, stationery and, most of all, books – those are the purchases that fill me with joy. Leaving aside the gorgeous Manos del Uruguay yarn that I’m currently knitting up into a shawl, and the treats from the Space NK gift-with-purchase that was my reward for getting ahead with my Christmas shopping last week, recent arrivals from bookshops, friends and publishers have been stacking up and I’ve got a lovely pile of reading lined up for the next couple of weeks.  I’ll try to review as many as possible, but in the meantime I wanted to alert you to a few of them.

Top of that pile is Sugar Hall by Tiffany Murray.  Diamond Star Halo was Tiffany’s last novel and I love it – she was described perfectly by one reviewer as a rock and roll Dodie Smith.  This is her new novel and it looks a very different thing – a ghost story based on the spooky tales linked to Littledean Hall in the Forest of Dean.  I’ve been to Littledean Hall and has a very particular atmosphere.  This is going to be a delight – I’m considering saving it until the evenings draw in a little more and I can read it by the fire as ghost stories can’t be savoured properly in sunlight.

Next is The Most of Nora Ephron which I’ve already started dipping into and which will stay on my bedside table so that I can enjoy a little bit of Nora’s wit and wisdom every evening.  Consisting of extracts from all areas of her writing, even the endpapers remind us of some of her pithy and practical advice: ‘never marry a man you wouldn’t want to be divorced from’, ‘be the heroine of your life, not the victim’, ‘don’t cover a couch with anything that isn’t more or less beige’ and the journalist’s motto: ‘everything is copy’. Like so many, I was upset when Nora died and I knew that there would be no more films such as ‘Sleepless in Seattle‘, no  more novels like ‘Heartburn‘ and no more insightful and funny New Yorker columns. She was like the arch and bossy and wise godmother we all wish we had.  Revisiting her work like this will be a treat.

Damage by Felix Francis is the latest novel in the ‘Dick Francis’ brand.  Felix Francis co-wrote some of his father’s last books and is now writing alone.  I have a sentimental relationship with Dick Francis thrillers.  Every year I’d buy my grandmother, a voracious reader, his new book at Christmas and every Boxing Day I would borrow it back. She died back in 2000 having achieved her goal of meeting her first grandchild and seeing in the new millenium but I still miss her.  Ridiculous as it may sound, a new Dick Francis novel is a comfort and I’ll enjoy reading this and thinking of her.

The Stories by Jane Gardam, a collection of her short stories, most of which I haven’t read, will be a joy.  Sharp and observant, combining a warm heart with a clever wit, I love her novels and when we owned the bookshop I would handsell many of them.  This collection, although published in May (why? It should have been an autumn title like 2011 gorgeous volume of The Complete Novels of Nancy Mitford from Penguin) would have been one of our big sellers in the run up to Christmas, much like the Nora Ephron collection.

I picked up The Disinherited by Robert Sackville-West at Mr B’s Emporium of Reading Delights in Bath (along with a stack of other books – such wonderful choice there).  I’d heard about it – without wanting to sound snarky, the Sackville-West name alone means that anything by one of the family will be extensively reviewed – and was intrigued by the true story of the illegitimate offspring of a scion of an aristocratic family and their failed bid to be recognised as the legimate heirs to Knole, one of England’s grandest country houses and home of the orginal eponymous sofa. It looks as though it’s in the same vein as Catherine Bailey’s The Secret Rooms which I loved.

Black Lake by Johanna Lane was sent to me ages ago by the fantastic Tinder Press imprint at Hachette, back in the days when the incredibly efficient and enthusiastic Sam Eades was its publicist, and I don’t know why I haven’t read it.  Out last April, I really am shamefully behind and I mean to get to this as soon as I can.  The paperback is out in February so I’ll probably review it and schedule the post to appear then.  I’ve heard great things about this Irish-set story of how tragedy affects an impoverished family their much-loved estate Dulough and how the upheaval of the move strains the threads that bind them. 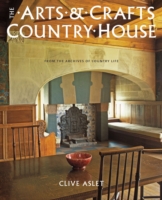 Clive Aslet’s The Arts and Crafts Country House epitomises the coffee table book – masses of lucious photographs of beautiful houses in my favourite architectural style. I picked it up – rather, hefted it up as it weighs a ton, mainly because I recognised the cover image as one of the fireplaces at Blackwell, a stunning Lake District house which The Husband and I visited at Easter while The Son was on a school trip.  I loved the house – there were so many corners to curl up in and I could have moved in very easily.  One of the things I love about good Arts and Crafts houses is that although they may be large and rambling, there’s a domesticity and friendliness to them that’s always welcoming.  One of my long-term aims/dreams is to find an Arts and Crafts house to restore but in the meantime I have to content myself with daydreaming over books such as this. 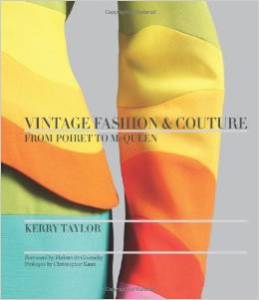 Last is Vintage Fashion and Couture, From Poiret to McQueen by Kerry Taylor, looking at the development of 20th century fashion, with an emphasis on the rareified atmosphere of haute couture – made-to-measure gowns (not dresses!) the price of which today is the equivalent of a fairly expensive car.  I picked this up, partly because of the stunning cover, and partly because of its coverage of 1920s design which will be helpful with the novel I’m currently working on.  I’ll review it properly when I’ve had time to soak it all up.

So there you have it – my reading for the next few weeks.  I’m a lucky girl!