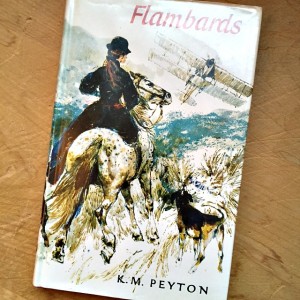 It was the early 80s and I’d discovered KM Peyton‘s Flambards series and my first literary crush was Mark Russell. He was dreadful to his horses and to the servants and behaved truly appallingly to Violet the impregnated housemaid but he was my first crush. Even more so in the later books in the series when he started behaving rather better. In the TV adaptation he was played by the terribly dashing Steven Grives who looked exactly as I’d imagined.

So own up? Who was your first literary crush?

This entry was posted in Random... and tagged Flambards, KM Peyton. Bookmark the permalink.