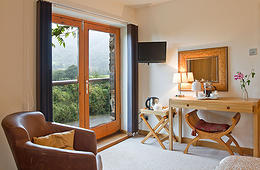 First up this week is a great blog post from my pal Sara who left bookselling to move to a gorgeous part of north Wales where she and her husband (and their four kids) took over a shabby B&B and have turned it into the most gorgeous retreat.  It’s a six hour drive from here or I’d visited by now but I can’t wait to get there as soon as possible.  This post about how they manage to juggle (horrid term I know) family and running the B&B is fascinating but also illuminating – I’ll never day dream about moving to somewhere like this and running a similarly lovely establishment.

Meg Rosoff is a wonderful writer and I’m privileged to count her as a chum.  In this piece, Why You Don’t Need To Rush Your Writing, she points out that however much you want to be a writer, living life and not rushing to your keyboard can help because the more you’ve seen of life the more you’ll have to say and the more resonance your writing will have.  She wrote her first book at 46 and starting a little later than many certainly hasn’t held her back. 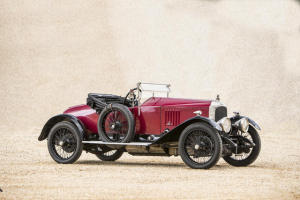 The novel I’m working on (crikey – I rarely admit that publicly and don’t get excited, it will probably never see the light of day) is set in 1920.  My heroine is quite adventurous and has a love of fast cars – I think she would definitely have snapped up this beauty when it came on the market with Bonhams a few months ago and sold for a breathtaking £242k. I can see her roaring around the country roads of Scotland in this.  I am desperate to get a close up look at a car of this vintage so that I don’t describe it incorrectly, so if you know of anyone that might let me see theirs, even possible sit in it, do let me know.

I’ve never bought a copy of Vogue, although I always flick through it at the hairdesser’s, but I was intrigued by this interview with its editor, Anna Wintour.  Far from being the ice queen of legend, she comes across a warm and funny, and a bit shy even.  Meryl Streep’s character, Miranda Priestly, the terrifying editor of Runway in the film The Devil Wears Prada (and novel, but the film was much better) was rumoured to be based on Wintour and there’s a definite frisson as the interview enters the inner sanctum and the viewer realises that it’s just like Miranda’s office… I also realised that as someone who habitually wears head-to-toe black, I will always be a disappointment to Anna Wintour.

That’s it for this week – have a lovely weekend. What have you got planned?