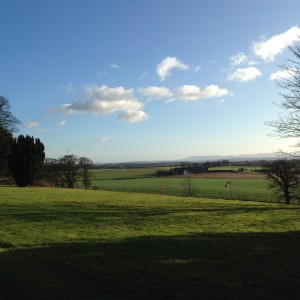 Some February sunshine. Spring is on its way – I can feel it hovering in the wings.

I enjoy putting together these Friday Favourites posts. It’s a random – sometimes very random – collection of things I’ve come across, the tabs I’ve had open all week, often sites or stories that I want to share with readers and also bookmark for myself for later.  I know that I’ll revisit some of them whether it’s deserted towns in New England (I mean, what a perfect setting for a crime novel) or the Advanced Style documentary at some point in the future.  Do add a comment with a link to the most interesting thing you’ve seen recently – it’s always good to see the flights of fancy that catch other people’s eyes.

Kate Saunders is a great author. I loved her novels such as Lily Josephine and Wild Young Bohemians in the late 90s and more recently she’s turned to writing for children. Her most recent book – winner of the Costa Children’s Book Award – is Five Children on the Western Front and is a follow-on of E Nesbit’s Five Children and It. I loved E Nesbit’s books as a child and Saunders’ book is marvellous – it moves the story on to the First World War and the children have grown up, variously at university and in the army and so on. Even The Lamb is now a far more grown-up 11. I’m not going to review the book as I’ve mentioned it earlier, but this interview in The Telegraph was fascinating and gave a great insight into both author and book, including the impact that her son’s suicide had on her. Her descriptions of the aftermath of Felix’s death is incredibly moving – as a mother I don’t even know how you go on after that – but it helped her to convey the impact of the war in a more personal way. Hundreds of thousands of young men died, but every one was someone’s son and every one had a more left to cope with that unimaginable loss.  Do read the book – it’s very definitely not just for children.

This post on Vanity Fair’s site by Robert McCrum was also interesting, discussing whether the every-growing number of literary festivals actually offer anything positive to authors. Some enjoy the opportunity to get out of their study and talk to their readers, some enjoy being treated like a minor celeb for a day while others like the opportunity to catch up with other writers. He also discussed the contentious issue of payment for authors – if a festival has a sold out event for 400 people who’ve all paid a tenner is it fair to pay the author with a jar of jam or a few bottles of Cava? After all, the organisers, promoters, booksellers, front of house staff etc aren’t usually working for nothing?

Also, this piece by Anthony Quinn about how although his new novel, Curtain Call, is more plot driven that most of his other books, and how that plot grew out of the characters rather than being the basis upon which the characters were built, is very interesting.  He says that the advice given by Hilary Mantel was foremost in his mind: “If you make your characters properly they will simply do what is within them, they’ll act out the nature you have given them, and there – you’ll find – you have your plot”. Curtain Call is on my tbr pile at present and I’m hoping to get to it soon.