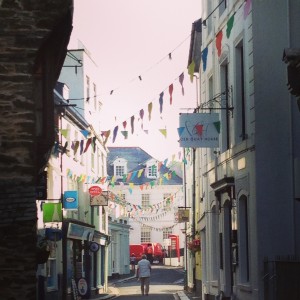 You love your home so it follows that other people would love your home – right? And imagine that by letting other people stay in your home you could be reading in their lavender-scented Provencal garden; lounging by their Californian swimming pool; using their spacious Australian home as a base for catching up with family and friends that you haven’t seen for years or cosying up over New Year by the log fire in their Dartmoor cottage.  Well you could be.

Swapping your home for someone else’s pad means that your travel budget goes further – if you’re not spending hundreds or even thousands of pounds on hotels and holiday cottages you can travel further afield.  And by staying in someone’s home you’re not contributing to the ghost-town effect that afflicts so many communities in the off-season.  I love Cornwall but some places are deserted from October to March while house prices are forced up beyond the reach of local families. So it’s ethical.  Also, staying in an anonymous holiday let or a chain hotel where you eat a generic breakfast and only meet people who – however nice they might be – are being paid to look after you doesn’t appeal in the way that getting to know a place from the point of view of a local does.

We had thought about home exchanging in the past and popped it in a mental pending tray.  There was always a reason – we had a bookshop to run, the house was still mid-renovation, it all felt like a lot of effort…. all sorts of things.  This spring though, The Husband and I were discussing where we might go this summer and he reminded me that as the house was finished – in fact, the painters were putting the finishing touches to the windows at that very minute – and we weren’t shackled to the bookshop any more, maybe this should be the year we tried home exchanging.  We didn’t know anyone personally who’d done it but there were academics we knew of who’d found it a great success when visiting other universities and doing a little on-line research we found no actual horror stories.

So we – or rather I because it seems that travel in our house is organised by me – started to research the various companies that act as a matchmaker for prospective home exchangers and we thought about where and when we might like to go. In the end we opted for Homelink International, one of the oldest and largest companies.  They’ve recently redesigned the front page of their site to blend in with some of the slicker-looking companies.  I have to confess that I hope the members’ area gets a facelift as well soon as it is rather clunky and the functionality isn’t all it could be.  But Caroline, the UK coordinator, couldn’t have been more helpful and browsing through the houses listed (contact details are hidden from non-members so you needn’t worry about stalkers), we saw that there were lots in places we’d like to visit, so we signed up.  I was rather put off a couple of the other companies because they made a great deal of how their properties were Malibu beachfront houses and Upper West Side lofts and the like and although our Victorian artisan’s cottage is far from a slum, I was a bit intimidated!  Homelink has some amazing properties listed but felt a lot friendlier.

So we joined, took lots of photographs, listed the places and times we’d be interested in, and waited to see if anyone fancied visiting Edinburgh during the festival, staying a ten minute walk from some of the most popular venues and you know what?  They did….

Next time: arranging our swaps….