How I blog now. 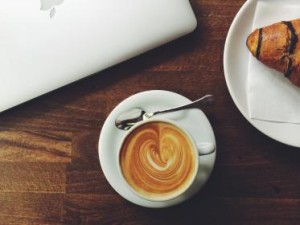 After almost a decade of churning out words on the interwebz, I’ve been looking at how my personal style of blogging has changed.

I began way back in 2006, when LiveJournal was still relatively common for those who wanted to keep an online journal; when Facebook was barely even a twinkle in Mark Zuckerberg’s eye; when Bebo and My Space were the main social media sites, although lacking some of the social aspects that enabled Facebook to take over; before Twitter; before Snapchat or Vine or Instagram or Periscope or any of the many other ways that we interact, often with complete strangers, online today.

Blogging had been around for a few years by then – originally used by people in the tech world and then taken up by people writing about political issues and so on. In 2002, it became more mainstream when a blogger, Heather Armstrong, who writes the Dooce blog was fired from her job after some less than tactful comments about her employers, giving us a new verb, Dooce-ed – fired for what you write on your blog. Google Adsense was launched in 2003, enabling people to earn money from their personal sites and in 2005, the Huffington Post launched, acting as an aggregator of blog content, soon becoming one of the biggest sites of its type.

Blogging had gone mainstream and with increased awareness of user-friendly platforms such as Typepad, Blogger and WordPress, more and more people started blogging. One statistic I found estimated that in 2006 there were 35 million blogs worldwide; by 2011 this figured was estimated at over 170 million. Obviously, these are just guesstimates because so many blogs are whirling around in the ether, neglected and broken, abandoned after that first brave ‘hello world’ post.

I started my first blog in 2006 because I was setting up Fidra Books and I’d started reading a number of blogs by other small independent publishing companies, booksellers, readers, reviewers and so on. Adding a blog page to our website meant that I could interact with our customers and other people in the industry and add fresh content to our website on a regular basis which was good for SEO purposes.

The Fidra Blog is off-line at present and I’m not sure whether I’ll ever revisit that content publicly. I re-read some of it recently and I’m not sure how interesting anyone would now find the years-old musings of someone setting up a publishing house or wittering about some of the more arcane and illogical aspects of the booktrade. Or the panicking and obsessing of someone a few years later who was in the process of opening a bookshop.

The blog was popular – thousands, sometimes ten of thousands, of readers each week which was an awful lot back in those days – and was very useful in getting our books and our bookshop coverage in the mainstream media and talked about on other blogs. Gradually, my postings became less frequent as I had less time and after five years or so, I felt a bit been-there-done-that about blogging.

I also felt as though every single less-than-diplomatic thing I said had the potential to affect our business. So I set up State of Independents (see what I did there?) where I, and occasionally others, could write about independent bookselling and publishing in an environment less tied to our business. But that very separation meant that it wasn’t updated enough – it felt less relevant and although there are some good posts there which still ring true today and which I’ll probably dust down for a ‘from the archive’ series at some point.

The third, and current, incarnation of my blogging is this one. My own personal space where I write purely for myself and about the things that interest me. I set up this blog on my own domain in October 2012, just after we sold the bookshop and although for a while I wasn’t the most diligent blogger, it’s been nice to let it grow and see what I wanted to write about. Some days I have lots of readers and on others I think only my mum stops by. Stats showing lots of visitors are nice to look at but they’re not the be-all and end-all.

Mostly, I write about books – it’s my job at Fidra Books and The Glenogle & Bell Book Company, and it’s my passion. I review books, aiming for at least one review per week, although my reviews are not long-winded pronouncements but rather the sort of thing you’d find on a staff recommendation card in a bookshop – once a bookseller and all that. I also interview authors and bloggers and since winning Pitch Perfect at Bloody Scotland I also write about the novel I’m currently working on.

And I write about anything else I fancy or which I think may be of interest to my readers – now measured in the hundreds rather than the thousands. I don’t have a ‘brand’, I don’t carry any advertising and I don’t work with any companies to write sponsored posts. Mind you, if I was offered a fabulous trip somewhere gorgeous I could probably force myself to write about it! At a time when blogging seems to be getting ever more slick and glossy, I’m resolutely old-school. And I like that.

If you’re a blogger how has it evolved for you?

This entry was posted in Blogging, Thoughts and tagged blogging, evolution, Fidra Books, State of Independents. Bookmark the permalink.