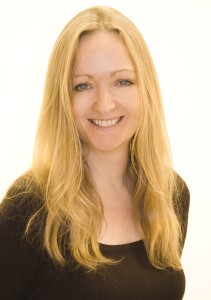 “This book kept me wide awake on my last long-haul flight – a reimagining of the Dracula story. Tense, terrific.” Ian Rankin’s description of Lynn Shepherd‘s The Pierced Heart was what drew it to my attention – and that of many others I’m sure.

A Victorian crime novel with elements of Bram Stoker’s Dracula sounded intriguing and when I finally found time to read it I loved it and reviewed it here. Reviewed it inadequately I’m sure as I didn’t want to give away any of the many plot twists and turns. Since then I’ve been fortunate enough to pin Lynn down for an interview.

After studying English at Oxford in the 1980s and working in business for 15 years, Lynn returned to Oxford to undertake a doctorate which she combined with writing – something else that she has in common with Ian Rankin who wrote his first novels while ostensibly writing a doctoral thesis on Muriel Spark. Her books combine elements of other novels, whether Jane Austen’s Mansfield Park (Murder at Mansfield Park) or Charles Dickens’ London (Tom-All-Alone’s) and A Treacherous Likeness – which I haven’t read yet and must – is a fictionalised version of the real lives of Percy Bysshe Shelley and his wife Mary Shelley. On her website, Lynn says of this: “In writing a fictional version of the Shelley’s real lives I was scrupulous to remain faithful to the facts as we know them, but allowed myself the freedom to ‘fill the silences’, in an attempt to create a story that might explain the strange and dark aspects of the Shelley’s history that even their biographers can’t explain.”

Lynn’s books have been well-received – with all four novels having starred Kirkus reviews. In addition, Murder at Mansfield Park was a #1 Kindle bestseller in the UK, Tom-All-Alone’s was a 2012 crime novel of the year for both the Spectator and Sunday Express, and A Treacherous Likeness was a BBC History magazine top ten historical novel for 2013, and one of Kirkus Reviews’ top 100 novels of that year. Lynn Shepherd is an author who should be far better known than she is at present. Anyway, to our interview….

For lots of reasons! For the love of it, for the intellectual challenge, for fulfilment. Not for the money (though more of that would be nice) and not especially for recognition, though reading a great review that really understands what you’re trying to achieve is one of this job’s special pleasures.

A bit of both. I did write a lot of stories and even some poetry as a child, but then you get into the exams-university-career cycle, and self-expression often gets pushed down the list. It’s about finding the time for it, as much as anything else. So it may not be a coincidence that I started writing my first novel only after I went freelance as a copywriter, and ended up with more control over my time.

I’m not sure I’ve ever had a ‘big’ break! Getting an agent is always a major moment for any writer, and getting published is (hopefully) the one that follows. But any writer will probably tell you that. I was lucky to be picked up by an American publisher with my first novel, and all four of them have appeared over there. It’s quite a different market from the UK, and you need an agent who understands how that works (which thankfully mine does). It does give you exposure to a potentially vast reading public, but there can be challenges too. For example, two of my books have different titles in the US (Tom-All-Alone’s is The Solitary House, and A Treacherous Likeness is A Fatal Likeness). That’s quite tough to manage, especially these days with the internet. And it can be a nightmare on social media – by the time you’ve tweeted both titles you’ve hardly any characters left to say anything! 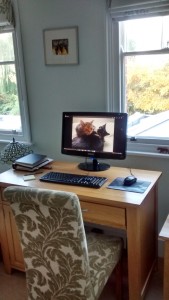 My novel-writing routine is exactly the same as my copywriting routine: gym first thing then at my desk at the PC by 8.30 to work through till about 5. I’m not an evening person and will move mountains to avoid working late into the evening – I almost always have to do it all again the next day, so it’s invariably a waste of time.

My favourite living writer is probably AS Byatt, though I do prefer her earlier works to the ones she’s done more recently. She’s an extremely intellectual writer, and yet manages to combine the richness of the ideas with a popular appeal. The Booker prize-winning Possession is probably the best example. If I ever met her, I think I would probably ask her about that.

Q. What book do you recommend most often to other people?

Samuel Richardson’s Clarissa. An absolutely enormous book (over a million words) but a forgotten 18th-century jewel and a masterpiece of European culture. I wrote my doctorate on Richardson, so he’s a special hero of mine. It was great fun being able to talk about him with Lucy Worsley for her new series on the evolution of the romantic novel, A Very British Romance.

Probably The Lord of the Rings (another favourite). How amazing to have been able to create something that’s caught the imagination of so many generations.

When I was working for Guinness PLC in the 1990s, I created an environmental and humanitarian initiative called the Water of Life. More than a decade later, it’s still going strong, and has brought clean water to over five million people in the last five years alone. I am both proud and humbled that it all started with my idea.

Q. Where is your happy place?

Oxford has always been the city I’ve loved most, and I’m lucky that I now live there. My happy place is probably anywhere my cats are – they always make me smile!

Q. If you weren’t a writer what would you do?

I’d still be a writer! My ‘day job’ is writing for companies, so that’s what I’d be doing if I wasn’t doing novels as well. I’d like to do more broadcast work – I enjoy giving talks at festivals and the small amount of Radio and TV I’ve done has been a blast. I’d love to do more of that.

Don’t give up! It’s a hard slog getting published, and talent is only a relatively small part of it. You need to work hard, keep working hard, and then work a bit harder. And then you might get lucky. But I firmly believe you have to earn your luck.