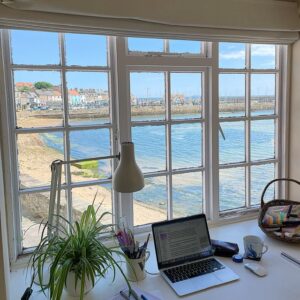 Writers are often advised to pick a literary lane and stay in it.

We’re told readers like us to be consistent and not to veer off down storytelling diversions because the people who buy gritty crime thrillers don’t want their favourite author to chuck in a romance novel occasionally because she felt like writing one.

That means that after I’d written, Death Will Find Me, the first Tessa Kilpatrick novel set in 1920s Edinburgh, I should have written a second and a third and so on. To be fair I probably would have if my then agent had managed to turn that verbal offer from a publisher into an actual contract.

I certainly shouldn’t have allowed myself to be distracted by a shiny new idea and gone off to play with Kate Carpenter and her stolen artworks even though I’m pretty pleased with Don’t Blink and Trace Evidence.

And now, I shouldn’t be letting myself be tempted by thoughts of a Scottish-set police procedural that a publisher has asked me to consider writing. But, I have a main character and an opening to the book and some plot ideas, so maybe I should run with it?

But at least they’re all crime fiction. What I definitely shouldn’t be even going near is the 1950s-set coming-of-age novel that’s been nudging at my elbow for a while. It’s a bit of an outlier—maybe I’d need a pen-name for that?

The second Tessa Kilpatrick is an outline and about 10k words of (very) rough first draft; the third Kate Carpenter stands at about 20,000 slightly more polished words; the police procedural is weighing in at around 15k; and I’m trying to resist the 1950s idea, although there are about 9,000 words of key scenes and a loose outline lurking in my Scrivener projects.

I’m not sure about the argument that writers should find a character or a series and stick with it. That might suit some and I know some very, very successful writers who do just that. But I suspect I’d get bored if it was just me and the same character for the next twenty years, however much I tell myself that my protagonist evolves (they rarely do as much as most writers like to think). Still, most of my ongoing projects are crime fiction and I hope my readers are happy with that.

What I do know though, is the pandemic has been terrible for my ability to focus and that while I don’t need to pick the literary lane I mentioned before, I do at least need to pick a project and finish it! But which one…?

This site uses Akismet to reduce spam. Learn how your comment data is processed.