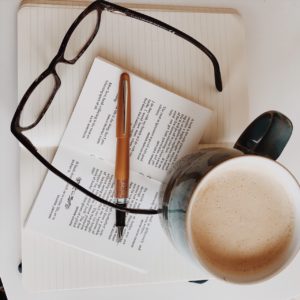 It’s so long since I posted here – I’ve been putting it off until there was news but in the meantime I’ve had a couple of messages from people asking if I’ve now turned into an actual hermit, so I’m venturing out onto the interwebs with a quick update.

The Book – Death Will Find Me – is now out on submission with publishers. That was quite nerve-wracking at first because I was constantly checking for emails with Exciting News. Now, following a stern talking-to by the Waitose fish counter from a writer buddy, I’m waiting with a combination of resignation and equanimity that only occasionally boils over into irritation and a crushing sense of inadequacy.

No firm news yet, but interest from some interesting quarters and I’m Waiting To See. I’ve worked in the book trade for years and I know how glacial the process is but it’s so much more frustrating now that it’s me on the having-to-be-patient end of things. I always knew that I would prefer an agent rather than having to deal with it all myself and it’s brilliant having someone to act as go-between.

And I’m writing. To be honest, I’ve been finding it difficult to concentrate on one project so I have three on the go – there’s a 50k first draft of a thriller about art theft that I’m currently taking apart and putting back together, an outline for a potential series of 1950s crime novels that seem to be turning out a bit cosier and/or chick-lit than I really want them to be and which have been put to one side until I can fix that, and I’ve been working on the second Tessa Kilpatrick book. That was coming on a bit slowly but last week a prospective publisher asked to see a synopsis and info re the next few books. Trust me, nothing focuses the mind more than having 24 hours to come up with all of that and I’m feeling pretty chipper about it now.

The rest of this month will be spent finishing the draft of that art theft novel. What isn’t done will almost certainly be parked then as at the beginning of January, Tessa and I will be settling down to her next adventure. One of my goals for 2018 is to get into more of a routine with writing. I get a lot more done when I manage to do that and so I want to establish a series of habits for my day that enable that – writing consistently every day rather than in bursts where I scarely leave the house for a few days and then avoid writing for days; getting some exercise everyday; coralling emails and life admin into set chunks of my day… I’m reading Gretchen Rubin’s Better Than Before on making and breaking habits and hoping I can implement some of her wisdom.

So, I hope you get everything done in December that you plan to and I’ll be back soon. Hopefully with exciting book-shaped news.